Hats Off to You Man !

A few days back, I was returning from the World Book Fair at late night after finishing the work. While Looking through the car window I noticed a blue line bus near the main gate of the All India Institute of Medical Sciences, where people from all over the country visit for treatment. It looked odd... a blue line bus?! How come? I was little confused. 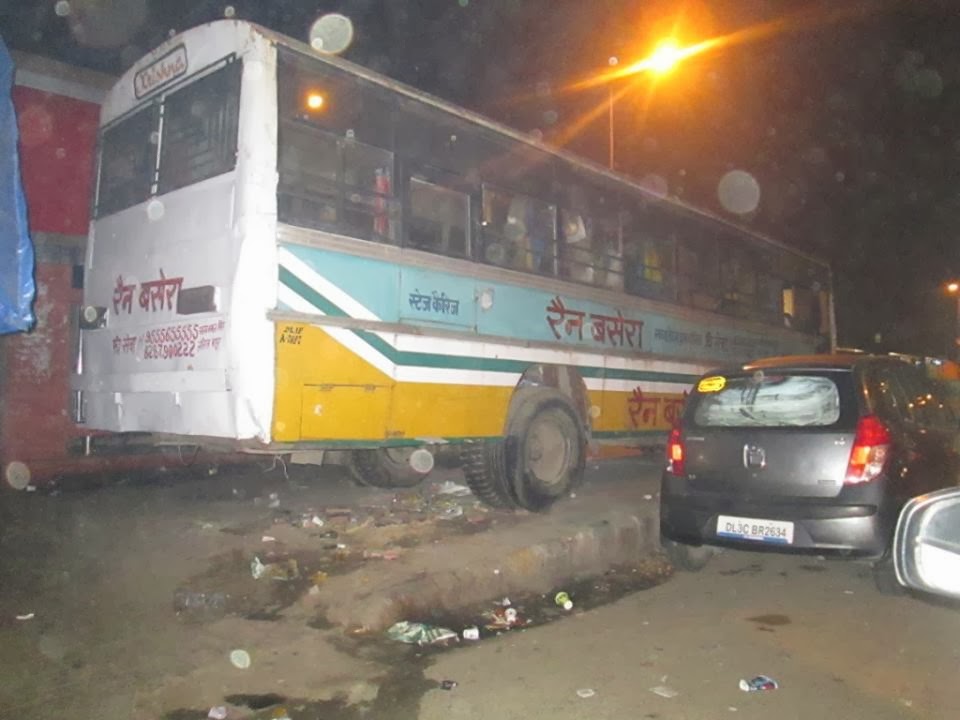 On returning home and going to bed, I was thinking about the history of Delhi bus service.

When I came to Delhi in 1991 January there were Delhi Transport Corporation (DTC) buses—worst than those running in Kerala, raising noise as they run, bringing in chilly winds through the glassless windows, which were broken a few months earlier during the Mandal agitation. Of course, the buses were not as crowded as they are now. And there were also a few buses numbered like M14, which claimed to be run by Ex-Service Men. Much later I came to know about chartered buses, which were running between fixed destinations. (Nirbhaya incident happened in a chartered bus.

After a year or so, DTC staff went on a strike and the transport authority invited private operators to run buses in Delhi. Soon Delhi's roads were flooded with private buses— which were called Red Line buses—gave daily commuters great relief. But the relief was short lived. The Red Line buses killed 8-10 people every day, not just pedestrians, even the passengers on board were not safe.

After a lot of hue and cry they were changed into blue line buses. Can painting blue instead of red bring change in the scenario? No. But the authorities thought so and all the buses were changed into blue. Accidents and killings continued. Then all the buses were hired by DTC and were running with the letters 'Under KM Scheme'. In those buses, drivers were from private operators and conductors from DTC.

Some time later, as the Supreme Court ordered all the buses to be operated with CNG, the scheme was aborted and blue line buses under private operators again came into existence. Again, as the Supreme Court intervened and ordered that all private buses be phased out, and the Commonwealth Games came to Delhi, low floor buses under DTC were widely introduced. Recently private operated cluster buses have been introduced and though they are not as dangerous as those of Red Line or Blue Line, one has to wait and see how they are going to turn in the days to come. Today, not even a single blue line bus is operated in Delhi. Blue Line came to an end on 28 June 2012.

Then how come a blue line bus in front of the AIIMS? The question haunted me.... Just as I pulled over the quilt, the answer struck in me!

I hope my facebook friends remember the posts in January about donating blankets to homeless people sleeping on the roadsides during the peak winter. They donated more than 50,000 rupees for that and I undertook many trips in nights to distribute blankets to the poor.

During the same time, when the Aam Aadmi Party came to power during the peak of this winter, it introduced a scheme to help the homeless people. "Abandoned buses in Delhi are being modified into night shelters. These buses will be provided with blankets and other basic amenities so that the homeless can at the least sleep properly," a post on the AAP's Facebook page said.

That means, it is a bus shelter for poor! I had a good sleep that night.

The next day, that was the last day of my work in the World Book Fair, while returning to home, I asked the driver to stop the car and clicked this picture. Not one, but there were two buses converted into shelters. 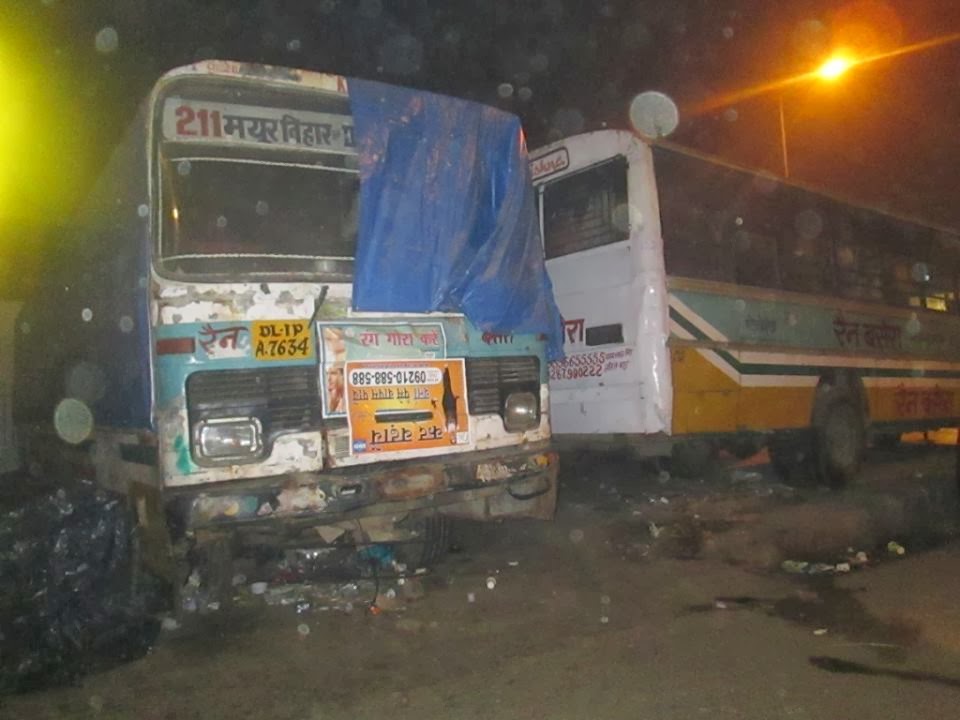 Arvind Kejriwal ! You are not the chief minister now, but the scheme you introduced continues even now. Hats off to you man!
பதிவர் புதியவன் பக்கம் at 09:02