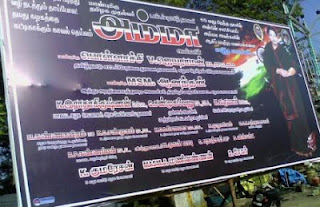 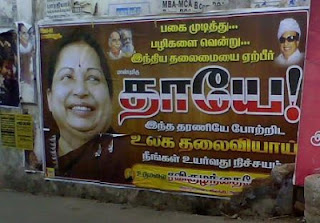 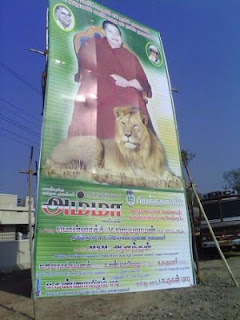 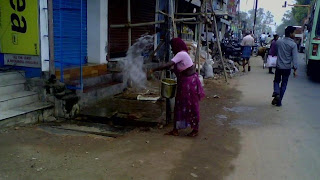 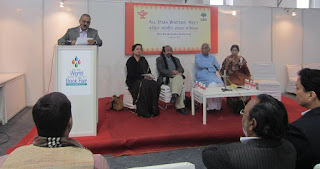 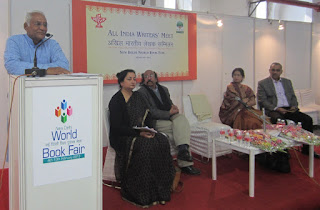 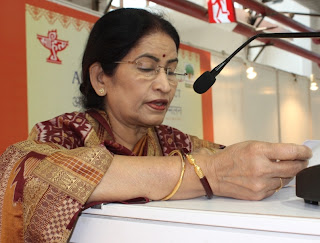 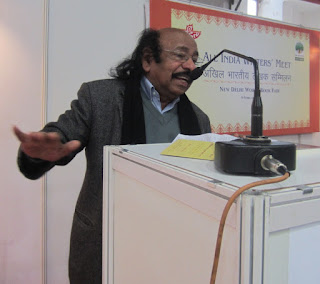 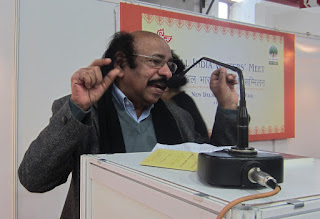 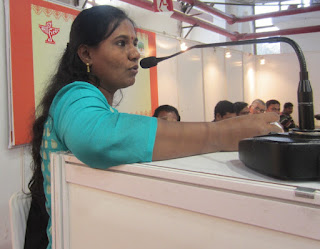 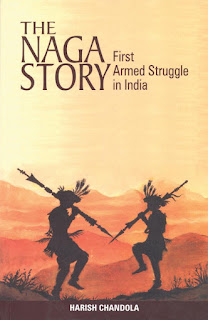 Need for a Federal Concept of Indian Literature

The All India Writers’ Meet organised by Sahitya Akademi and National Book Trust, India was held at Auditorium No. 2, Hall No. 18 on Saturday, 9 February 2013, at the World Book Fair. The inauguration session was chaired by Shri Vishwanath Prasad Tiwari, Acting President of the Akademi. Dr. Pratibha Ray, eminent writer and Jnanpith awardee was the Chief Guest and Prof. K. Satchidanandan was the Guest of Honour on the occasion. 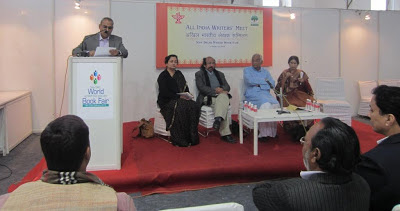 Welcoming the special guests, poets, writers and the audience, Shri Sreenivasarao, Secretary, Sahitya Akademi, informed the audience about the Festival of Letters that is to take place from 18-22 February 2013. The Meet witnessed excellent poetry and short story readings from different Indian languages, and explored the tribal and oral literature in connection with myth, memory and imagination—integral and essential elements in any literature.
“The oral literature—stories, fables, poems, proverbs and idioms—that have been passed on through generations contain concrete philosophies of human life, material and spiritual life,” Shri Sreenivasarao said. “Hence,” he added, “we must be keen on getting published every creative work from oral literature of every Indian languages so that it can be treasured to survive in published form for ages.”

Delivering his presidential address, Shri V.P. Tiwari said that “Literature and books are expressions of human life and hence they will survive through for all ages, may they be in the form of oral or written. Because, books show the path to the readers. When one is gropping in dark, and when he reaches a book, he do finds that path. But, nowadays, books are facing challenges—some that have been there for centuries and some new. When we look at the past, we find writers hanged, killed, shot or jailed in various parts of the world. Writer thinks that he is writing the great truth and this faith of his makes him write. But the undemocratic dictatorial forces try to suppress the views which needs to be challenged, because without literature and books nothing improves.”
Another challenge, he observed, was the electronic invasion of the electronic gadgets. “Books are searching for their spaces in homes but in many homes they find place of garbage.” He read out from one of his Hindi poetry collection, of which, a gist is given in English translation:
A book might have been kept in the dark
in an inaccessible place
for years and years
but one day
someone will come
in search of wisdom
and he will find the book
and the book find its reader.

Dr. Pratibha Devi spoke about Indian literature, the relationship between literature and scripts, diversity in literature and the ultimate result. “Any debate over the homogeneity of Indian literature is resolved in terms of a multifocal unity by scholars and literary historians alike, not to steer clear of a controversy but to assert a valid truth that Indian literature is a semantic-thematic whole. As Srinivas Iyengar and others have said, Indian literature is one although written in different scripts.”
Speaking on the language and literature she said, “Language is created when word reaches the core of the other’s self with a meaning, provoking thought and feeling. When the finest bit of man’s realisation, his suffering and celebration inscribe the unique into the universal, literature is born. Literature with word power creates character, promotes personality, ignites wisdom, even awaken conscience.” At the end of her speech she observed, “Ultimately all writers sing the same song, write the same theme, i.e. love and peace. Le us Love and Let Live.” 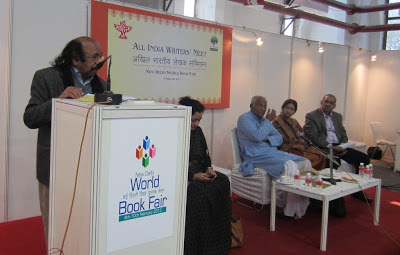 Prof. Satchidanandan spoke about the idea of Indian literature, its diversity and commonalities, and what needs to be done. “The idea of Indian literature, as we see today, has been mostly influced idea of the western view. Literature is a central theme of South Asia, particularly India, but it finds very small and marginal place in the literary history of the world. Because, Europeans’ view of India is based on their understanding on Sanskrit text. This can be seen in histories of Indian literature since 18th century. These speak only about Sanskrit literature and the same continued even upto 20th century, when India had developed into modern literature. For instance, Tamil, which is so ancient and rich as Sanskrit, is not mentioned anywhere by the so-called historians. They kept out the languages and their texts, and the most important of our tradition, i.e. folk and oral literature, where lies our real roots. They considered them as those not to be spoken or untouchable and the northeast was the mostly ignored. I wonder if our idea of India really had the northeast in it. When we talk about epics we do not talk oral epics. And the problem continues and this outlook reduces Indian literature to one language and one religion, which is to an extremely dangerous view.
“The understanding of Indian literature has been a western one, and it looked at it in an orientalistic view—their view of East, where some hierarchies are superior and some are inferior. This is a very wrong, simplified understanding. It does not take into consideration the differences and specifities of languages.
“U.R. Anandamoorthy once said, ‘when we look for diversity of Indian literature we see the unity; and if we look for unity in Indian literature, we see the diversity’. Some languages share some forms of literature while some have only few of them. There are also equally shared forms and by sharing they grow along. There are commonalities in the movements in languages and literature—tribal, epics, dramas and poetry. From 3rd to 14th centuries there were classic literatures, for instance classics of Sanskrit and Sangam literatures of Tamil which were Ramanujam called ‘poems of war and love’. From 5th to 19th centuries there were bhakti and Sufi literature which can be seen in almost all languages—vaks, kirtans, bhajans and sufi songs etc—for greater understanding of humanity and religion. Bhakti rejected caste system, it was radical in contents and created a major change towards equality, for instance, Kabir, Meera, Basava, Sufi who directly addressed the God rejecting the intermediaries. When we come to the independence struggle period, we have Tagore, Bharathi and others. Then came the progressive literature, and various forms of the present day—tribal, dalit, feminist, atheist and regional.
“What we need to do is have a federal concept of Indian literature. We have federal constitution. This concept should respect the plurality and we cannot imagine India of one religion, one religion or one language. We need to accommodate diverse cultures, take minorities, dalits and other literatures which is free from orientalism. To be precise, we must create a new map with all Indian languages and literature have equal place.”
Prof. Satchidanandan’s address was well received by the audience. 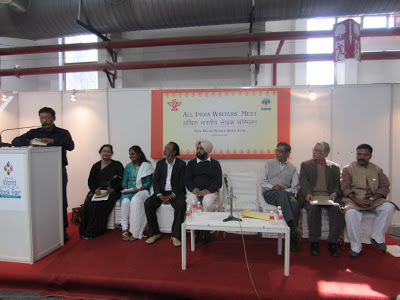 Later in the afternoon, a seminar on ‘Myth Memory and Imaginations: Tribal and Oral Literature’ was held where Ms. Mamang Dai, eminent poet and writer from Arunachal Pradesh, and Dr. Bhagwandas Patel, an eminent scholar of tribal studies presented their papers. The seminar was chaired by Nirmalkanti Bhattacharjee, an eminent editor and writer. The Seminar was organised on the Theme of the New Delhi World Book Fair on Folk and Tribal Literature.

Five poets presented their poetry in English transaltion. But Punjabi and Urdu poets read out in their own languages, and I hope, Sahitya Akademi will consider asking the poets to present in English for a multilingual audience in their future programmes. To quote a sample of poetries, one from the extreme south and one from the North. 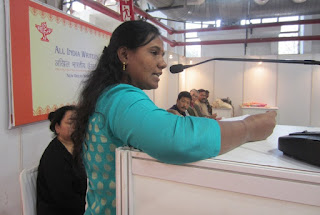 The Western Wall
People lean their heads against
the Western Wall of the Temple Mount
erected by King Solomon
people offer their cries.
Those who demolished and rebuilt
this graves-filled city
are fosilled as history.
The Wall  contained loud cries, of the past
people write their yearnings
between its crevices
with their prayers earnest.
I tearfull invoked David, the Prophet
to descend and answer their prayers.
The sun sets
leaving its rays on the Wall
the rays of agony.
I now leave the Western Wall.
The tears dripped on the Wall
Has left on me a deep
winding scar.
- Sakthi Jothi, Tamil poet.

(This article is likely to be posted in Tamil, if time permits — R. Shahjahan aka Pudhiavan)